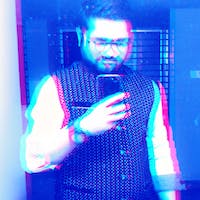 The for most crucial task being a website designer is transforming client requirement into code if you are working as a freelancer and taking cut to cut responsibilities of client requirements, then in real-time you have to think in both perspective that is with respect to code and design

In this competitive world the competition among web browsers also is on peak, majority of techie people consider chrome( i guess due to developer tool) for their work, but in meantime common people also go with different browsers like opera, firefox, edge, IE etc so its very important for a website to run stable in any browser with any version, to make this happen in background a web designer has to do a lot of testing and invest a lots of time to make website stable across different browsers.

4) Side effects of using many libraries

If we are using some framework like react angular then this point is not valid at all because in that case we get node package manager, yarn etc package management tool, but if we are creating website from just html css and javascript with cdn and script tag link in web page then big challenges comes into picture like getting errors for cross libraries compatibility, not getting proper dependency from one library to another

As i mention earlier here we are talking about just html css and javascript made website native way of creating website until and unless if we are using some task runner or build tool like gulp, grunt, webpack etc till then we are somehow safe, if we aren’t using them then cache becomes mostest irritating part whenever you change something in css it doesn’t reflect and you would think i didn’t apply proper css after a struggle you would get to know that it hasn’t css problem its because of shit cache

Lot more challenges a web designer face but here i tried to showcase some of major and most common problem web designers come’s across, at last i just wanna to say not only web designing if we talk about graphics designing etc those also is not piece of cake, behind every design lot more dedication and time a designer invest to make it successful.